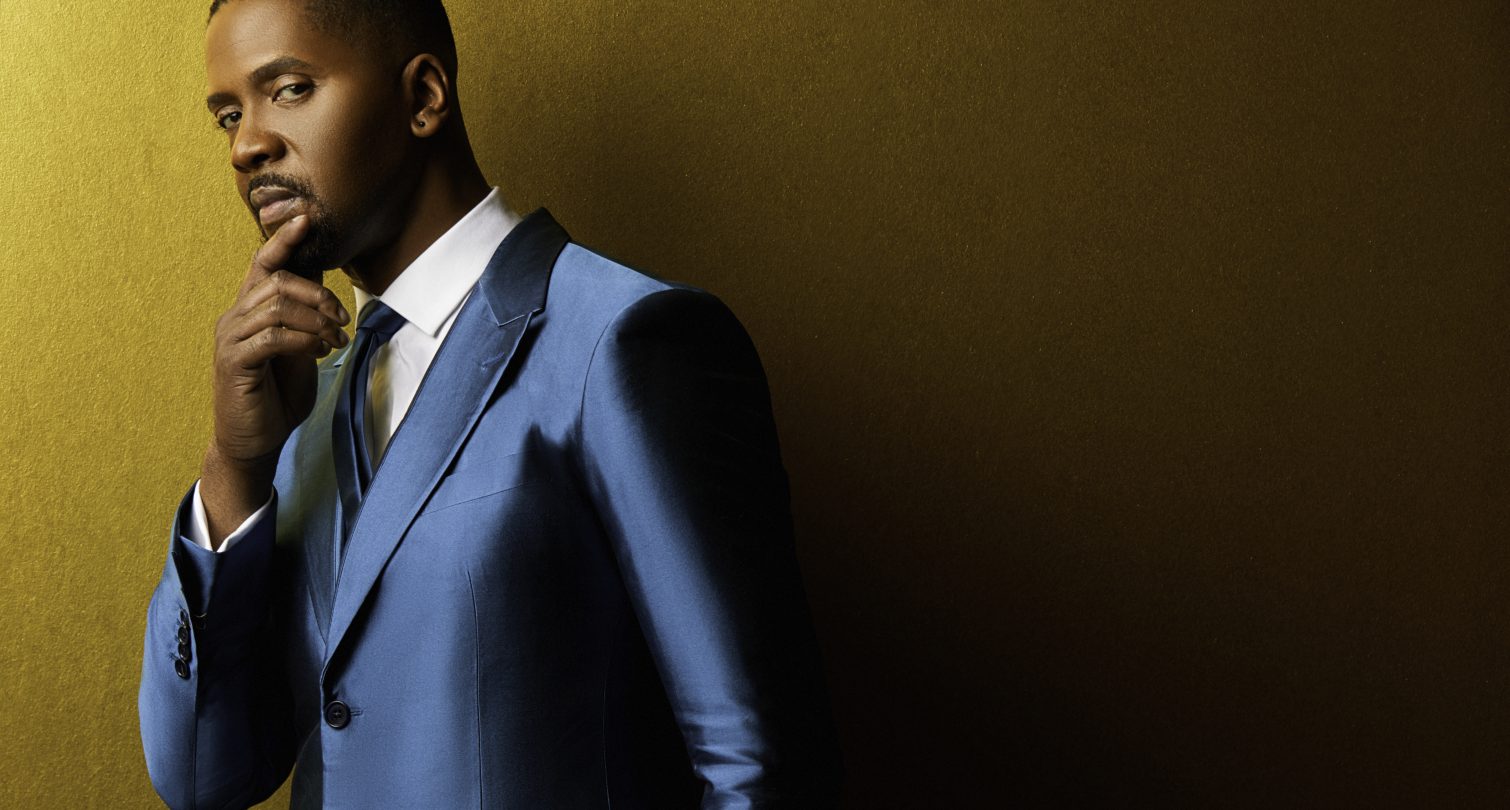 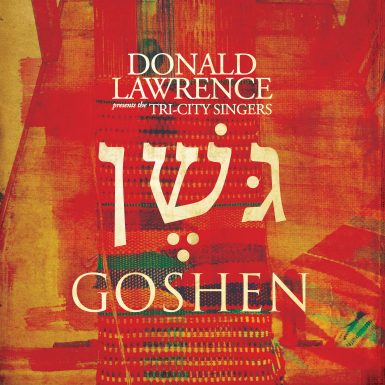 The man who wears many musical colors.

Those seven words eloquently capture the multifaceted essence of Donald Lawrence. Songwriter. Producer. Composer. Music/choir director. Recording artist. The guiding force behind such No. 1 hits as “Encourage Yourself,” “Back II Eden” and “The Blessing of Abraham.” Equally at home in both the inspirational and contemporary arenas, the multiple Grammy and Stellar Award winner has collaborated with a diverse roster, including such marquee names as Karen Clark Sheard, Donnie McClurkin, Kirk Franklin, En Vogue and Mary J. Blige.

The man who wears many musical colors.

Those seven words eloquently capture the multifaceted essence of Donald Lawrence. Songwriter. Producer. Composer. Music/choir director. Recording artist. The guiding force behind such No. 1 hits as “Encourage Yourself,” “Back II Eden” and “The Blessing of Abraham.” Equally at home in both the inspirational and contemporary arenas, the multiple Grammy and Stellar Award winner has collaborated with a diverse roster, including such marquee names as Karen Clark Sheard, Donnie McClurkin, Kirk Franklin, En Vogue and Mary J. Blige.

​“It’s said that the music you do is where you’ve lived,” says Lawrence of his creative journey. “What I do isn’t contrived. I don’t think in terms of genre or religious perspective. It comes from being honest. I just honor the gift and purpose I was given to touch the world and inspire. And people have paid attention to that.”

Indeed they have—to the tune of 20 years and counting.

After scoring his second No. 1 gospel album with 2011’s YRM (Your Righteous Mind), Lawrence is preparing to commemorate his anniversary milestone with the first of two albums featuring live re-recordings of select songs from his vast catalog complemented by several new tracks. Released in fall 2013, the first QWE/eOne volume, titled Best for Last, was recorded primarily in Chicago with longtime songwriting/production colleagues Daniel Weatherspoon and Percy Bady.

​Also joining Lawrence for the two-volume series is a host of special guests, many of whom have played important roles in his career. The list includes Karen Clark Sheard, Kierra Sheard, Kelly Price, Lalah Hathaway, Hezekiah Walker, Stephanie Mills and Yolanda Adams. Adams’ bring-the-house-down vocals on volume one’s title track kick off a rousing celebration 20 years in the making. Yet its chorus also hints that Lawrence doesn’t plan to rest on his laurels anytime soon: “Although you may think that your time has passed \ God only saving the best for last \ Your future greater than the past.”

“I don’t know why it’s said that your best days are your youth,” explains Lawrence of the song’s message. “The Scripture talks about your latter being greater than the former. I wanted to speak to people who feel it’s a wrap. It’s never too late to dream.”

​Additional standouts include “The Gift Looks Good on You” and “Hebrews 4:9.” Both are spirited lessons revolving around Lawrence’s central theme of grace. In this instance, he is talking about grace as talent; that people should stop looking across the fence at what others may possess and instead honor their own gifts. “Most people think grace is covering sins, but it’s also an area of divine enablement,” he says. “Some people have the grace to write or sing. I do music. Don’t covet someone else’s grace; honor yours. And if you honor it, God will allow you to take it to a broader arena.”

Lawrence began taking charge of his grace while growing up in Gastonia, NC. Raised by a gospel-loving aunt and influenced by gospel pioneer Andraé Crouch, he taught himself the piano at 15. From there, Lawrence put himself through the prestigious Cincinnati Conservatory of Music as a musical theater major. He and Worth Gardner, one of the school’s professors, later wrote the 1986 musical revue “Sing Hallelujah!,” which toured across the country and played off Broadway.

​After a stint on the musical staff of the TV series “PTL Club,” Lawrence trained his sights on secular music when he was asked to become vocal coach for hit-making R&B/pop female group En Vogue. The early ‘90s found him integrating both worlds. That’s when he began an eight-year tenure as music director for Broadway/R&B star Stephanie Mills while also working as part of the urban inspirational group Company, a seven-man R&B group. Providing backing vocals for Stephanie Mills, Company was also signed to Irving Azoff’s Giant Records, and released its debut album, Devotion, in 1993.

​Concurrently, Lawrence started sending songs to a North and South Carolina-area group called the Tri-City Singers. Stepped to succeed the act’s former musical director, he helped the group claim a No. 2 debut on Billboard’s Top Gospel Albums chart with 1993’s A Songwriter’s Point of View. The set, melding hip-hop and other contemporary rhythms, featured guest turns by Peabo Bryson and Mills. Over the next 12 years, Lawrence & the Tri-City Singers issued a string of top five gospel albums, including No. 1 Bible Stories, tri-city4.com and Go Get Your Life Back. These releases sported such memorable hits as “Testify,” “Message to the Saints” and “The Best Is Yet to Come.” The albums also boasted an array of guests, including Clark Sheard, Ann Nesby, Kelly Price and Kim Burrell.

​Lawrence & the Tri-City Singers retired in 2006, culminating their run with a cross-country, sold-out tour and a live recording, Finale. The project spun off the hits “Encourage Yourself” and “The Blessing of Abraham” with the latter spending 18 weeks at No. 1 on Billboard’s Hot Gospel Songs chart. Two years prior, Lawrence stepped out with his first solo album, the Donald Lawrence & Co.-headlined I Speak Life, with cameos by Donnie McClurkin, Hezekiah Walker, Faith Evans, Lalah Hathaway and jazz icon Ramsey Lewis. Featured hits included “You Covered Me” and the anthem “Healed.” He followed that with a second No. 2 album, 2009’s The Law of Confession, Part I, and the hit “Back II Eden.” He then scored his second No. 1 with YRM (Your Righteous Mind).

​Lawrence’s musical passion continues to manifest itself through various pursuits. He has written and produced for the legendary Clark Sisters, Clark Sheard, Kirk Franklin and Hezekiah Walker (including No. 1 single “Souled Out”), among others. He has taught at Chicago’s Columbia College. And in September, he’ll celebrate his sixth anniversary as host of Verizon’s national gospel choir talent competition “How Sweet the Sound,” working alongside Walker, Yolanda Adams, Tamela Mann and other special guests. Future plans include expanding into TV, film and Broadway projects.

​After a 12-year hiatus, Donald reunited the Tri-City Singers in commemoration of their 25th anniversary, releasing the highly-anticipated album “Goshen”, featuring guest appearances from Sir the Baptist, Tank & The Bangas, Leandria Johnson, Jason Nelson and many more.

​“New ideas and concepts for songs, new talent, more knowledge … the more creative I can be is what keeps me excited,” says the indefatigable Lawrence. “You reap what you sow.”