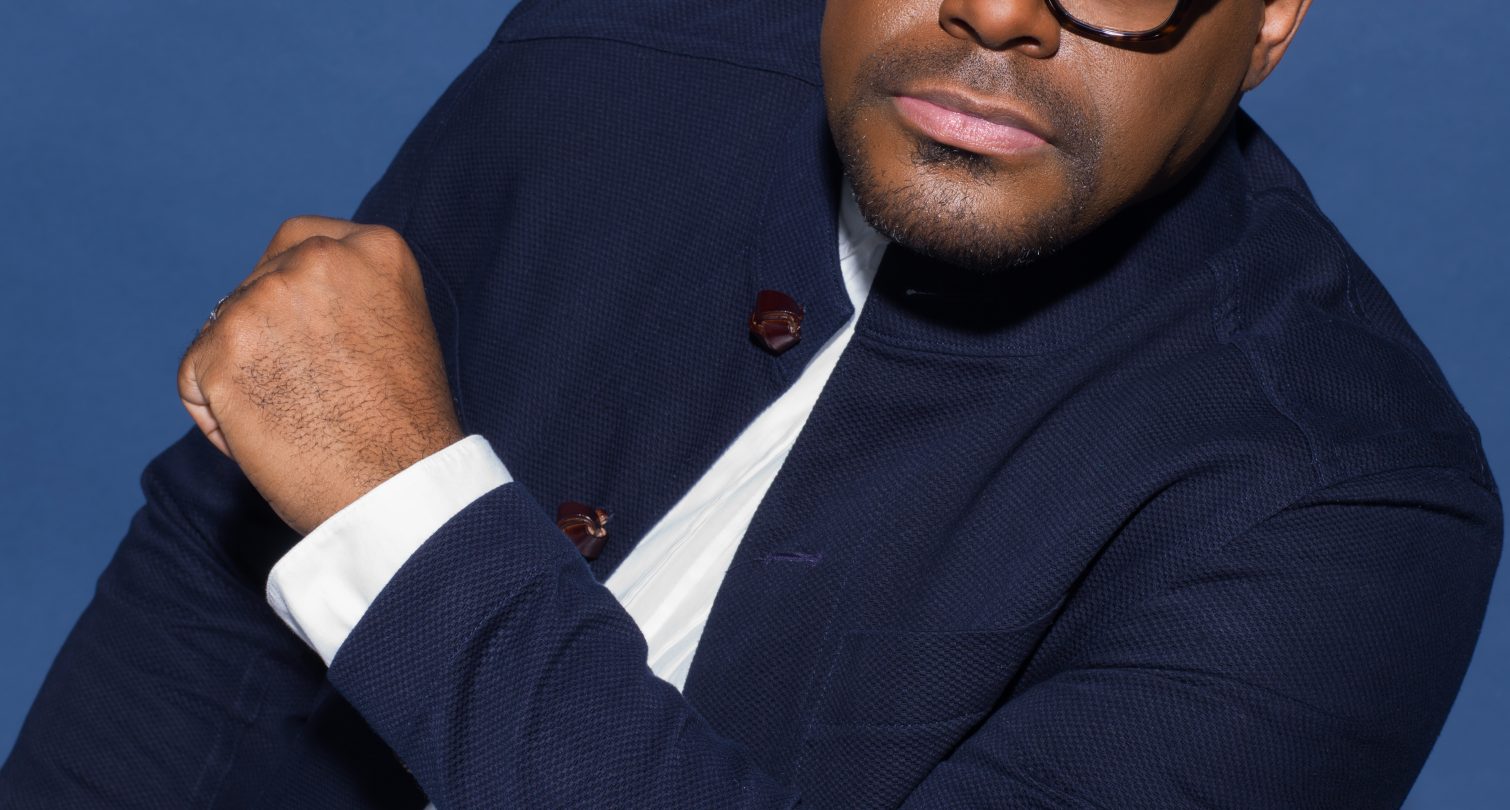 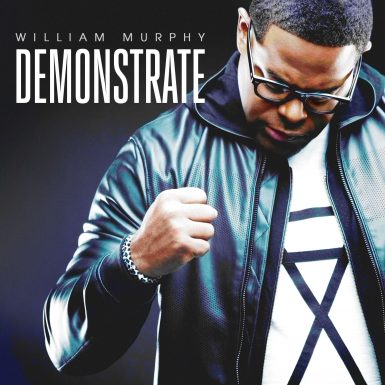 But gospel music wasn’t always front and center for Murphy, who serves as the Bishop of Worship, for the Full Gospel Baptist Church Fellowship, whose Presiding Bishop is, Bishop Joseph Warren Walker, III. Despite growing up in Detroit listening to the Winans, Commissioned, and the Voices of Tabernacle (his maternal grandmother was a member), Murphy admitted, “I didn’t want to sing gospel music at first. I wanted to be the next Luther Vandross. But I began to understand that this was something God had anointed and called me to do.”

“Settle Here” (RCA Inspiration), slated for release March 15, 2019, maybe Bishop William Murphy’s sixth solo project, but to him, it feels like an album of firsts.

“It was the first time in twelve years, that the church I pastor, had a building big enough to accommodate the crowd, for one of my live recordings,” Murphy said. “It was the first time that Tasha Cobbs Leonard and Kenneth Leonard produced an entire recording for an artist outside of their camp. It was the first time my baby girl Keilah Lauren sang with me and recorded a “lead vocal” professionally. There were so many special “firsts” that happened that night.”

To Murphy, the ten-song collection, recorded live at The dReam Center Church of Atlanta, is more than an album. “I’m really excited about this record because its mandate is to build “bridges” culturally, generationally, and denominationally, that bring churches, and The Body of Christ together. “Settle Here”, will be a tool in the Hand of God, that creates synergy, and unity, within our community of faith.”

But gospel music wasn’t always front and center for Murphy, who serves as the Bishop of Worship, for the Full Gospel Baptist Church Fellowship, whose Presiding Bishop is, Bishop Joseph Warren Walker, III. Despite growing up in Detroit listening to the Winans, Commissioned, and the Voices of Tabernacle (his maternal grandmother was a member), Murphy admitted, “I didn’t want to sing gospel music at first. I wanted to be the next Luther Vandross. But I began to understand that this was something God had anointed and called me to do.”

The anointing made itself manifest while Murphy attended Greater Ebenezer Missionary Baptist Church, where his Grandfather, Bishop William H. Murphy Sr., was the pastor. Although he summed up his first official church solo, at age twelve, as an “absolute disaster,” Murphy’s next chance to sing in front of the congregation two years later was inspired.

“My dad used to wreck Greater Ebenezer singing a song by Thomas Whitfield,” Murphy explained. “Then one Sunday night, he put the mike in my hand and said, ‘You go sing it!’ I sang it, and the spirit of God filled the room. That night marked me, and became one of the moments, where I started to realize that The Hand of God was on my life to do ministry, AND, Gospel music.”

While a student at Henry Ford High School, in Detroit, Murphy joined the gospel choir. By his senior year, he became the director, and the third generation in his family to accept the call to ministry. He also began exploring professional gospel music by working with Detroit-area choir Michael Mindingall’s “Communion”, as well as with Michael Brooks and “The Nation”.

Murphy’s big break in music, however, came through Apostle H. D. Wilson of Valley Kingdom Ministries and Rose Harper, founder of the church’s then-unknown worship team, Shekinah Glory Ministry. “One day, Apostle Wilson called me—he was Bishop Wilson back then—he was on sabbatical and said the Lord told him to call me and ask if I would come to his church some Sunday morning. He said the Lord’s going to give me something that will take their worship to a whole other level.”

Murphy consented, and shortly thereafter, he was in the sanctuary of Valley Kingdom Ministries singing “Praise is What I Do,” a song he had written for his dad, Bishop William H. Murphy, Jr.’s, New Mount Moriah Missionary Baptist Church, whose choir was also called “The Shekinah Glory Singers”.  “I arrived home the next day,” Murphy recalled, “and my phone was blowing up! ‘Shekinah Glory’s getting ready to do a recording and we want to record “Praise is What I Do.”’ I suggested other songs I thought were better, but they wanted ‘Praise is What I Do!’”

Released in August 2000, Shekinah Glory Ministry’s Praise is What I Do hit the top ten on Billboard’s Top Gospel Albums chart. “That song kicked the door open for what is now known as the Praise & Worship genre,” Murphy said.

The following year, Murphy became worship minister at New Birth Missionary Baptist Church in Lithonia, Georgia. New Birth’s founder and pastor, the late Bishop Eddie L. Long, helped him record a live solo project at the church. Released independently, “All Day” caught the attention of Sony Music executives. They re-released All Day on Epic Records in 2005, and it peaked at #22 on the Billboard Top Gospel Albums chart.

Since then, every one of Murphy’s solo albums has charted on Billboard, with 2013’s God Chaser (Verity / RCA Inspiration) hitting #3 on the gospel chart and #90 on Billboard’s Top 200. God Chaser even garnered the first of two Grammy nominations for Murphy. He shared his first Grammy Award nomination experience with his pastor, and The Founder of The Full Gospel Baptist Church Fellowship, Bishop Paul S. Morton, Sr., along with his son, Paul Morton, Jr., and Bishop Murphy’s own spiritual daughter, Mrs. Tasha Cobbs Leonard.

“Tasha was the first, and the only person to join The dReam Center on opening day, 13 years ago,” Murphy said of the Atlanta, now megachurch, that he and his wife, Danielle, founded. “We planned this big opening service for January 15, 2006, and about 350 people packed the room. I did my best to preach and hoped that at least 50 people would join, but only one person joined that day. Her name was “Tasha Cobbs”.

Tasha Cobbs Leonard and her husband, Kenneth Leonard, are the main producers for Murphy’s new project, “Settle Here”. Recorded live at The dReam Center, it’s the first major production project The Leonards have taken on since releasing Tasha’s 2017 Heart. Passion. Pursuit., which features Murphy as the guest vocalist on “Forever at Your Feet.”

The assignment for Settle Here, Murphy explained, “is to build three types of bridges: denominational bridges, because the church is so fractured, someone has to build a musical bridge to bring Baptists and Pentecostals and Apostolics to a point of synergy.  Cultural bridges, to bring white and black folks together, and generational bridges to provide songs teens love but folks in their ‘40s, ‘50s, and ‘60s can also relate to.”

He points to the album’s opener, a cover of Christian rock artist Zach Williams’ “Chain Breaker,” as an example of a song that builds cultural and generational bridges.

As does Settle Here’s high-spirited closer, “Worship Forever.” It was written by Murphy’s brother, DeVaughn Murphy, who passed away in July 2015 at age 33. “Worship Forever” turned out to have the perfect vibe that “Settle Here” needed, to complete the amazing collection of songs.