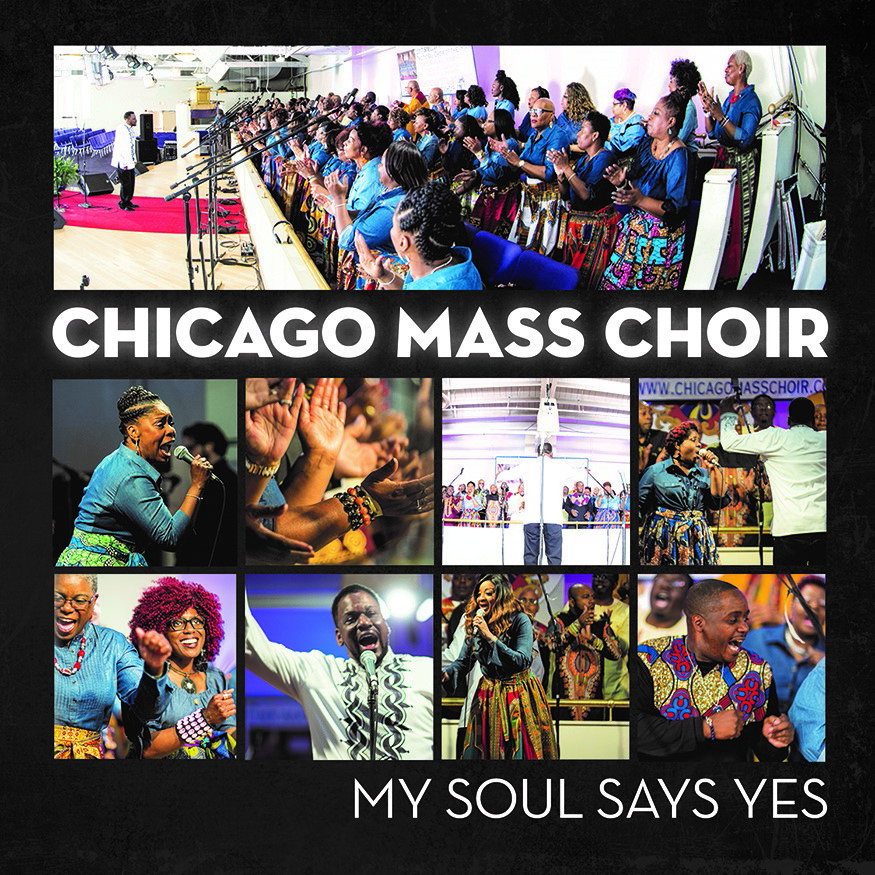 Nashville, TN – New Haven Records recently announced the first full-length project by international gospel ambassadors Chicago Mass Choir in more than four years. The highly anticipated album, entitled My Soul Says Yes, continues their legendary brand of high-octane, spirit-infused traditional choir performances.
The title cut and first radio single melds two great songs, “My Soul Says Yes /I Say Yes to My Lord,” and features Felicia Welch as lead vocalist. A live video performance of the single will also be available on iTunes and YouTube in conjunction with promotion to radio.
The internationally-acclaimed group, which has released six CD’s and accompanying DVD’s on the New Haven label, is known for such stellar hits as “Holy Ghost Power,” “I Pray We’ll Be Ready,” “God is My Everything,” “Thank You Thank You Jesus,” and most recently “We Give You Praise.” Their dynamic, unapologetically traditional gospel sound has garnered numerous Dove, Grammy, and Stellar Award nominations as well as Chicago Music Awards. In 2017, they earned a Stellar Award for Best Traditional Choir for their We Give You Praise project.
New Haven Records president Ken Harding is thrilled about the new project, “In their thirty years as one of the gospel music's premiere choirs, Chicago Mass had a special song for each season. These days, with a worldwide pandemic and racial tensions in our own country, CMC has delivered an album that underscores God’s power, presence, and peace in the midst of the storm.”
Produced by the award-winning talents of Percy Gray, Jr. and Jeral Gray, Sr., My Soul Says Yes is filled with such timely declarations as “Excellent Is Your Name,” “God Is on Our Side,” “Right There” and “We Serve a Mighty God.” Having been reminded of God’s past faithfulness and his promise of future deliverance, CMC calls God’s people to praise with such songs “Hallelujah (You Are Worthy),” “Are You Ready to Worship?,” “Tell God Thank You,” and the title track, “My Soul Says Yes/I Say Yes to My Lord,”
Dr. Feranda Williamson, Chicago Mass Choir’s president and CEO, concludes, “It’s no coincidence that My Soul Says Yes! is being released during the worldwide COVID-19 pandemic. More than ever, we’re holding on to our faith and acknowledging God is still in control! These songs will inspire listeners to continue to trust in the Lord and commit everything to Him!”
Chicago Mass Choir was organized in 1988 as a gospel music workshop choir and officially became known as Chicago Mass Choir in 1990 with its first recording--"Right Now If You Believe." Internationally acclaimed for almost three decades of powerful praise and worship ministry, their 17 releases have garnered numerous Dove, Grammy, and Stellar Award nominations as well as Chicago Music Awards. For additional information, contact Dr. Feranda Williamson: www.chicagomasschoir.com, email: [email protected], and booking: 773-925-6755

New Haven Records is a Nashville-based music corporation that includes label, publishing, and film companies. For almost three decades, they have focused on the uniquely American genres of Black Gospel, Southern Gospel, and Country & Bluegrass Gospel. New Haven’s product is distributed to the mainstream through SONY Distribution and to the Christian marketplace through Provident Music Distribution. For additional information, go to www.newhavenrecords.com