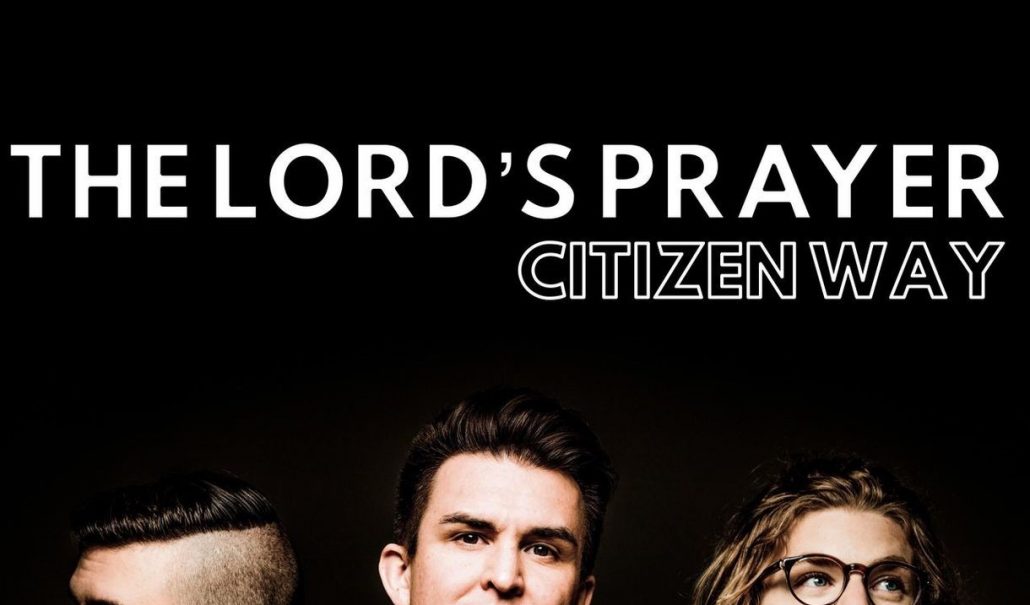 Nashville, Tenn. (Jul. 1, 2019) – Citizen Way's new song “The Lord’s Prayer," the debut single from their upcoming album, is currently on all streaming platforms and will hit radio on Aug. 2. This powerful song sets the stage for the band’s third studio album with Fair Trade Services releasing this Fall and reflects the core purpose of the band.

“We live in a world that craves truth but we are constantly bombarded with lies,” shares frontman Ben Calhoun. “When the people of God sing scripture together, the truth is revealed and evil can be dealt with. We want to lead people to Jesus, the only source of truth and the original author of these words found in Matthew 6.”

“The Lord’s Prayer” follows the band’s hit single “Bulletproof” which eclipsed over 40 million streams across digital platforms. “Bulletproof” reached No.1 on the Christian Contemporary Hit Radio and was No.9 on Billboards Hot Christian Songs chart. Along with the release of the album Love Is A Lion this Fall, Citizen Way will launch their Love Is A Lion tour with friends Jason Gray and The Young Escape.

About Citizen Way: Citizen Way broke on to the music scene in 2013 with their powerful debut album Love is the Evidence. The band quickly drew in a devoted fan base with their Top 5 debut single “Should’ve Been Me” and #1 hit “How Sweet the Sound.” The band followed with hits “When I’m With You” and the #1 hit "Bulletproof." Their much anticipated third studio album Love Is A Lion is set to drop Fall of 2019. Around recording, Citizen Way is connecting personally with audiences across the country on their headlining tours and have toured alongside MercyMe, Newsboys, Jeremy Camp, Big Daddy Weave, Mandisa and more. They are the founders of the non-profit ministry GENEROSITY ROCKS which financially supports artists as “musicianaries” and empowers them to give to local communities where they perform. CITIZEN WAY is Ben Calhoun (lead vocals/guitar), David Blascoe (drummer) and Daniel Olsson (guitarist/background vocals).