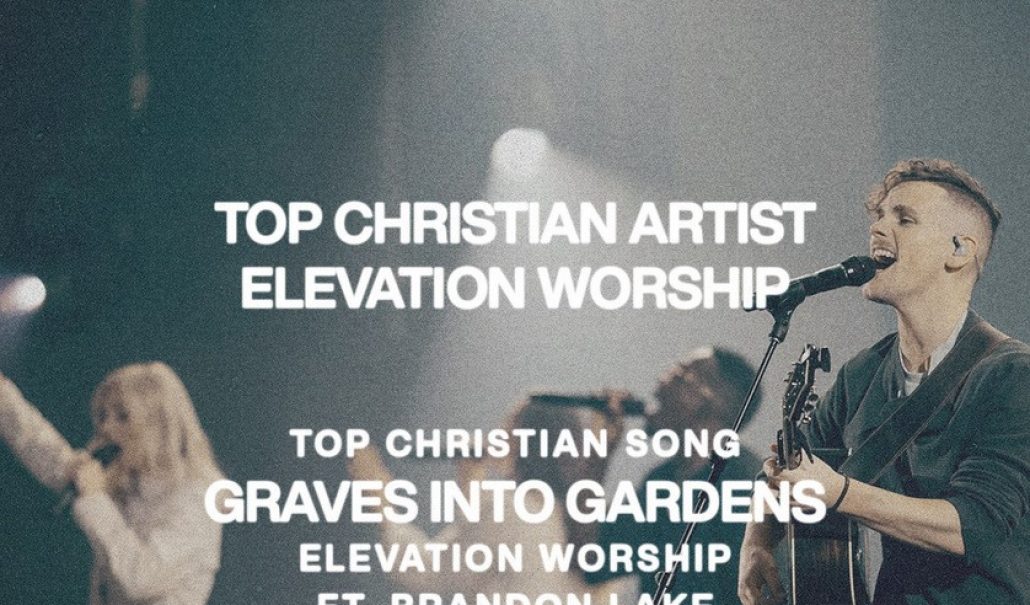 25 May 2021 – Nashville, Tenn – Provident Entertainment is proud to announce Elevation Worship's double win at the Billboard Music Awards. Elevation Worship was awarded Top Christian Artist and Top Christian Song for "Graves Into Gardens (feat. Brandon Lake)." The BBMA's, which honor the year’s most successful artists in 51 categories across all genres of music, were announced Sunday live from Los Angeles by dick clark productions and NBC.

“It’s an absolute honor to have won two BBMAs," share Elevation Worship's Chris Brown. "Receiving these particular awards really shows the reach and impact the songs are having, and we’re so grateful to everyone who’s listening to and being encouraged by our music.”  Going into the awards, Provident Entertainment was nominated for 15 BBMA's. Elevation Worship,  Koryn Hawthorne, and Zach Williams each received three nominations, while Kirk Franklin, Casting Crowns, Kierra Sheard, Tauren Wells, Mali Music, and Marvin Sapp each received one nomination.

For more than 30 years, the BBMAs have celebrated music’s greatest achievements, honoring the hottest names in music today. Unique among music awards shows, finalists are determined by performance on the Billboard Charts. Since 1940, the Billboard charts have been the go-to guide for ranking the popularity of artists, songs and albums, and are the ultimate measure of success in music.

About Elevation Worship: Elevation Worship is the worship ministry of Elevation Church, a multisite church based in Charlotte, N.C. led by Pastor Steven Furtick. Elevation Worship has produced multiple RIAA Platinum®-certified singles including Christian radio top 5 song "O Come to the Altar” and "Do It Again," as well as RIAA Gold®-certified singles including “Graves Into Gardens,” “The Blessing,” and “See A Victory.” The group’s album, Here As In Heaven, has also received RIAA Gold certification. They currently have ten songs in the CCLI Top 100 list. Elevation Worship is passionate about producing songs for the local church that connect others to God. Their main priority is to create an atmosphere of worship so people can encounter Jesus in a real and personal way.