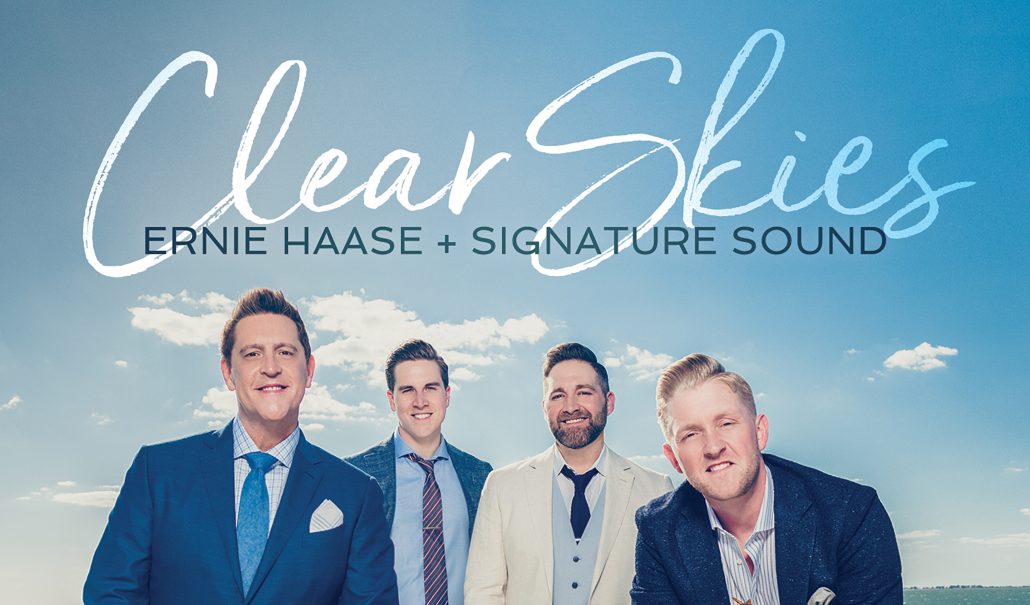 Nashville, TN (December 7, 2018) – StowTown Records is thrilled to share that Clear Skies, by Ernie Haase & Signature Sound, has been nominated for a 2019 GRAMMY® award for Best Roots Gospel Album. Nominations were announced earlier this morning. The 61st Annual GRAMMY® Awards show will take place in Los Angeles, CA, on February 10, 2019.

Ernie Haase was thrilled to awake to the news of this nomination. “Whatever I say here about being nominated for a Grammy for our Clear Skies album cannot come close to what I feel in my heart! I’m so happy, thankful and elated for everyone who had their creative touch on this recording. This has been a challenging year for EHSS, but with this, I really do see Clear Skies, and it feels great!”

“I am so proud of these guys,” shares Wayne Haun, producer and StowTown Records co-founder. “It took us two years to get Clear Skies to the finish line. Each lyric, each phrase and each note was carefully crafted. Throughout the process, I knew we had something special.” Haun also spoke to his view of the Roots Gospel category: “I’m also so proud of this category. Our industry has proven that with hard work, we have high-quality music to share, and it is worth every bit of effort we give. I would put the sonic quality of any of these albums up against any other album in any other category. These albums all sound phenomenal, and no one can beat our message.”

Clear Skies features inspirational and encouraging themes set to out-of-the-box musical moments and masterful production. This fresh sound has garnered a lot of attention from long-time EHSS fans, attracted new fans, and received accolades from industry peers as well. Clear Skies was nominated for two Gospel Music Association Dove awards for 2018 and has consistently been in the top of the SoundScan sales charts since its January 2018 release. In addition to having retail success, Clear Skies has been extremely well received in radio and digital markets. The first two singles, “Give Me Jesus” and “Clear Skies,” charted at numbers 2 and 1 respectively on the Singing News Southern Gospel chart. The third single, “Longing For Home,” is quickly climbing up the same chart now.

Clear Skies is exclusively distributed by Sony/Provident and is available at all retail and digital outlets worldwide.