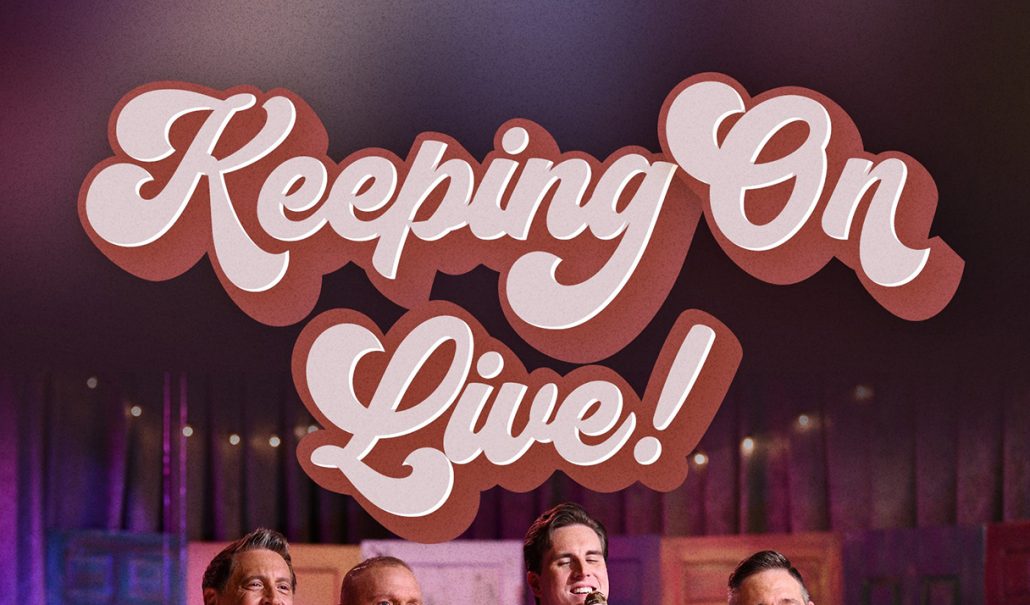 Nashville, TN (April 29, 2022) – It’s more than a mantra or song title. In true Ernie Haase fashion, he’s “keeping on” with another musical offering for fans. Coming out of a difficult time for live performances, Ernie Haase & Signature Sound recorded a live concert DVD just as soon as it was possible to do so. Keeping On Live!, recorded last year at the Gaither Studios in Alexandria, IN, is available today wherever gospel music is sold.

The album Keeping On has had tremendous success since its release in July 2021 having received a GRAMMY® nomination for Roots Gospel Album of the Year, as well as a GMA Dove Award nomination for Southern Gospel Song of the Year for “Wake Up,” the first single from this album. Additionally, EHSS was honored with the GMA Dove Award for Southern Gospel Artist of the Year and the Singing News Fan Award for Quartet of the Year. Yet with these accolades, Ernie Haase, Dustin Doyle, Doug Anderson and Paul Harkey have kept their focus on creating music and staying connected with fans, all the while encouraging them to “Keep On Keeping On.” Their weekly online shows, originally started during the 2020 touring season, have been a welcomed Friday night mainstay for many. And while EHSS is blessed to be invited into people’s homes, nothing can take the place of a live concert experience.

“The words to ‘Keep On Keeping On’ were written from a personal experience,” shares Ernie Haase. “Thank God He had something new, something fresh, something more for us. It became another level of living and thinking. It is my prayer that this full length DVD of those songs from our Keeping On album will not only bless others, but also remind them in many ways that ‘God can be trusted’ through every part of the journey.”

Keeping On Live! (DVD) and Keeping On (CD) are both distributed by Provident/Sony Distribution and are available online and at your local Christian retailer.