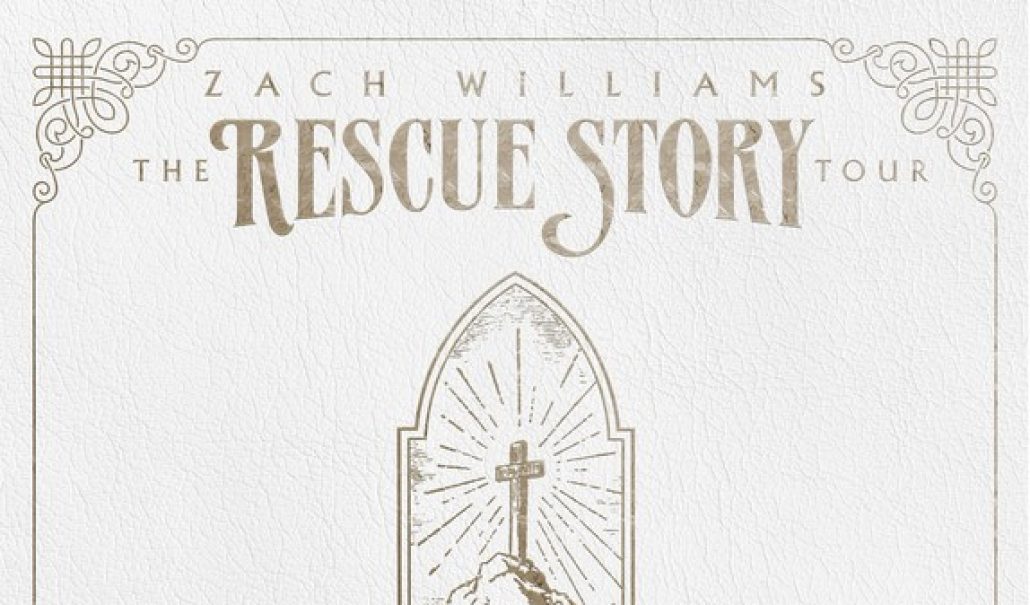 Multi-award-winning artist and songwriter Zach Williams has announced his fall headlining tour, "The Rescue Story Tour." The 20-city tour will begin in Syracuse, NY on October 10 and wrap in Anderson, IN on November 10, and will include a special stop on November 3 at Nashville's historic Ryman Auditorium. "The Rescue Story Tour," which will feature special guest artist Josh Baldwin of Bethel Music, is sponsored by Compassion International and Christian Healthcare Ministries.

Williams has also announced a unique aspect to his headlining tour just for the fans - the "VIP Meat & Greet" experience! For an additional fee, at select tour dates the "VIP Meat & Greet" will be held prior to the concert where fans can join Williams for an exclusive full-course gourmet meal prepared by Paul Fields, a professional chef from Napa Valley, CA. VIP attendees will also be given specialty gift bags, premium concert seats, photo opportunities with Williams, and much more. An additional "Fan Meet & Greet" will also be held at select shows.

It was last month when Williams released "Rescue Story," the new single from his upcoming studio album slated to release this fall. "I think it is going to be relatable to people because everybody has their own rescue story," he recently shared the story behind the new song. "Mine is the same as anyone who's been in a hopeless place, and then they found Jesus." Williams is excited to share "Rescue Story" live on the road with the fans, along with more songs from the new album as well as from his GRAMMY®-winning debut album Chain Breaker and GRAMMY-nominated album, Survivor: Live From Harding Prison.