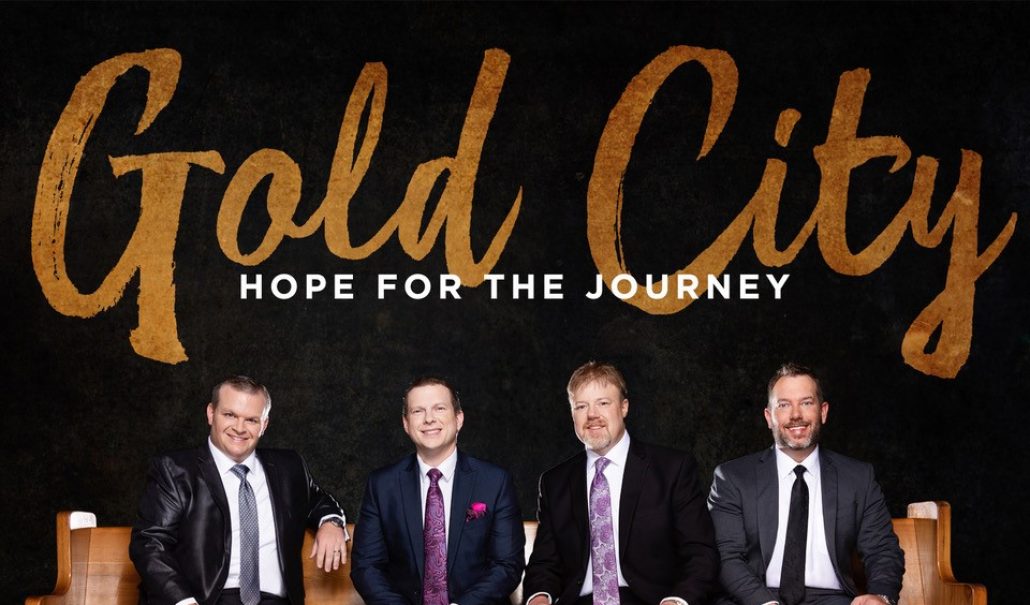 NASHVILLE, TN — New Haven Records recently announced the release of “Jesus Frees the Fallen,” the fifth Southern Gospel radio single from Gold City’s latest release, Hope for the Journey. This album has yielded an extraordinary number of chart-topping singles, including “All My Hope,” which was The Singing News Magazine Most Played Song of 2019. The other three singles have charted at #6 or higher.

Label president Ken Harding reflects, “Many albums have a couple of great songs. But Gold City and their Grammy Award-winner producer, Michael Sykes, are committed to making every song count. We can’t wait to hear stories of how this song has changed lives.”

“Jesus Frees the Fallen” is an anthem of hope and forgiveness penned by Diann B. Wilkinson and Lee Black. Baritone Daniel Riley comments “We were immediately drawn to this song because there’s nothing dearer to the heart of our Father than a prodigal child who has come home. We’ve all seen the statistics about how many young men and women stop coming to church once they leave home. This song is for all those who’ve been prayed for by their believing parents who strayed into ‘the far country’ but whose heart is calling them back to faith in Christ. Our prayer is that this song will draw them home.”

2020 was scheduled to be Gold City’s 40th Anniversary year, with several special events planned to commemorate this milestone. Because of the pandemic, much of last year’s ministry had to be conducted through virtual events and a series of powerful lyric videos. Happily, Gold City has been able to return to the road and the ministry they’ve stewarded for four decades. Their robust touring schedule can be found at goldcityministries.com. A special 40th anniversary concert presentation is scheduled at September’s National Quartet Convention in Pigeon Forge, TN. Details will be forthcoming.