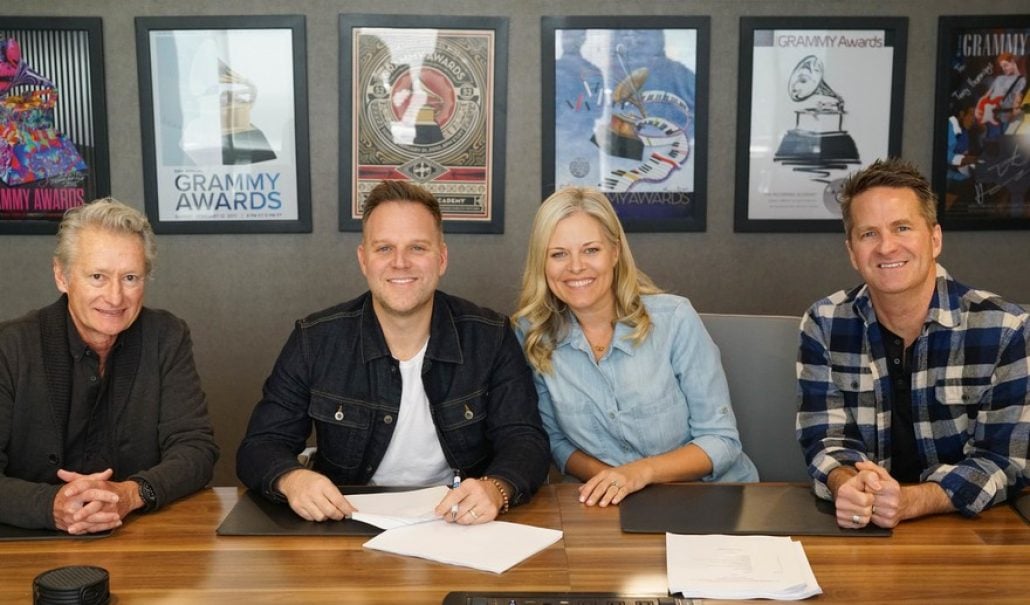 With the unique ability to create life-changing music connecting with all ages since his first album released 16 years ago, West's career also entails numerous accolades and record-breaking No 1 songs. He has received four GRAMMY® nominations, a Dove Award, a K-LOVE Fan Award (which he's hosted the annual awards show four times and is set to host again this year), a Billboard Music Award, an American Music Award, and multiple ASCAP Christian Music Songwriter/Artist of the Year Awards. He has 15 No. 1 songs to his name, including “Broken Things,” “Grace Wins,” RIAA®-certified Platinum single "The Motions," and the RIAA-certified Gold single “Hello, My Name Is,” which broke the record for longest stretch at No. 1 for 17 weeks. West also has more than 130 published songwriting cuts, including credits for artists such as Rascal Flatts, Scotty McCreery, Casting Crowns, Amy Grant, Michael W. Smith, Mandisa and more.

"I am beyond excited for the opportunity to partner with my friends at Provident," Matthew West shared recently. "I’ve admired from afar the work they have done on behalf of so many artists, and I am humbled by their belief in the music I make and the vision I have to help champion the storytellers of the future. Much of my career could be boiled down to one word, 'story.' I’m passionate about the power of story and how music can impact the stories of peoples’ lives on a deep level. In many ways, this new season with a new team marks a new chapter in my own story, and I can’t wait to dive in."

Terry Hemmings, President/CEO of Provident Label Group/Sony Music, is thrilled to have West join the stellar roster of artists, stating, "For years we have observed Matthew’s amazing career. He's such a wildly talented artist and performer whose talent is evident in various forums as a musician and entertainer. He connects with audiences because he knows how to clearly and passionately share a story through song. We could not be more pleased to have Matthew join our PLG family and are anxious to forge ahead and see what stories unfold."

ABOUT MATTHEW WEST: Matthew West is a four-time GRAMMY® nominee, a multiple ASCAP Christian Music Songwriter/Artist of the Year winner and Dove Award recipient, and was awarded an American Music Award (2013), a Billboard Music Award (Top Christian Artist, 2014), a K-LOVE Fan Award (2016), and named Billboard’s Hot Christian Songwriter of the Year (2016). A recipient of the Rich Mullins Impact Award, West also received a Primetime Emmy® Award nomination for Original Music & Lyrics for the title track for the feature film “The Heart of Christmas.”

In addition to his own recording career, he has co-hosted the K-LOVE Fan Awards four times and has more than 130 songwriting credits to his name, including cuts by Rascal Flatts, Scotty McCreery, Michael W. Smith, Amy Grant, Mandisa and others, along with No. 1 songs by Casting Crowns and Danny Gokey.  Selling more than 1.9 million albums to date (TEA), West’s discography includes acclaimed releases All In (2017), Live Forever (2015), GRAMMY-nominated Into The Light (2012), The Story of Your Life, (2010), Something to Say (2008), History (2005) and Happy (2003). He's also released two holiday albums, Unto Us: A Christmas Collection (2016) and The Heart of Christmas (2011).

Known for communicating stories through song, West has received thousands of stories from around the world. His 2015 studio album Live Forever continued that storytelling theme and debuted at No. 1 on the Billboard Christian Sales Chart. He has also obtained numerous No. 1 singles, most recently with “Broken Things” while achieving a record-setting No. 1 for 17 straight weeks at radio with the RIAA-certified Gold single “Hello, My Name Is” and “The Motions” for 15 weeks, now RIAA-certified Platinum.

Adding author to his list of accolades, West has written five books to date: Give This Christmas Away, The Story Of Your Life, Forgiveness, Today Is Day One and his latest, Hello My Name Is. He is also passionate about providing hope and healing through the power of prayer and story. Along with his father Pastor Joe West they founded popwe, a non-profit ministry helping others to craft, share, and live a more meaningful life. Please visit popwe.org for more information.