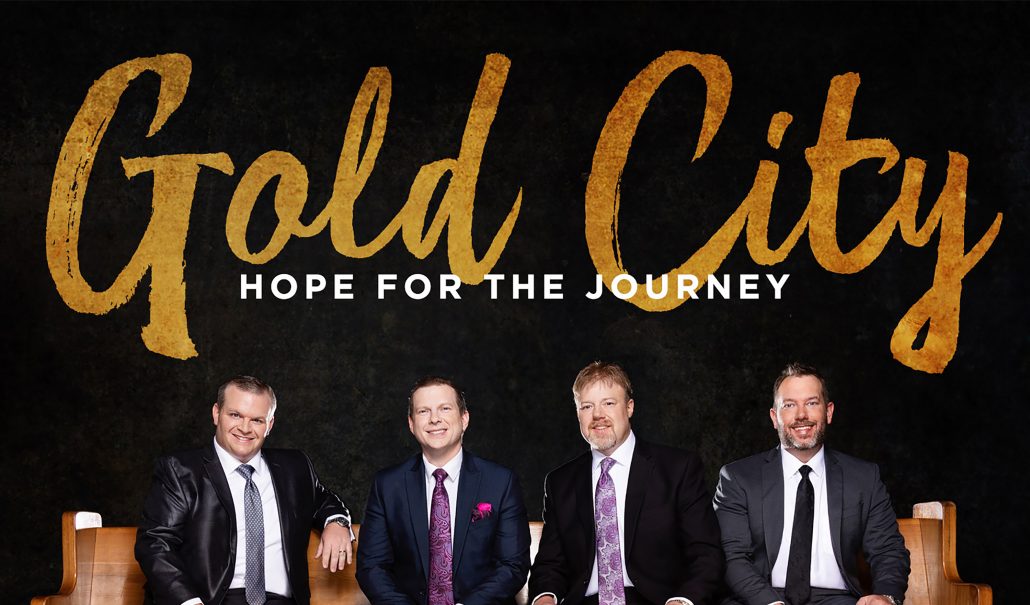 NASHVILLE, TN—New Haven Records artists and releases were recent winners at AbsolutelyGospel.com’s annual award show held on April 16, 2019 in Nashville, TN. The fan awards were voted upon by visitors to the Southern Gospel’s most visited website, which boasts more than four million visitors each month.

Label president Ken Harding was jubilant, “There’s nothing more humbling than to know that the music our label helps create blesses the people who hear it and honors the God who inspired it. We congratulate Gold City and Gordon Mote as well as the writers and producers who were nominated and awarded. Thank you for the privilege of working alongside you.”

Daniel Riley of Gold City was grateful as well, “Thank you to absolutelygospel.com and all our friends for honoring us at the AGM awards last night. I feel so small accepting an award for what we do. It takes so many people working in the background to make this possible. Barbara Huffman, Ken Harding and the team at New Haven Records, Jan Puryear Promotions, Michael Davis and the team at The Dominion Agency, Braxton Manning at The Manning Group, all of the incredible song writers and many others. We are especially grateful for the sacrificial support of our families. Most of all, we are thankful for God’s blessing on Gold City. We give Him all the glory!”

Gordon Mote expresses his joy, "It was an honor to spend the evening with many of my favorite artists. I am very happy for everyone who won, and very grateful to Absolutely Gospel for putting on a wonderful evening."

In addition to performing internationally and being one of Nashville’s most sought-after studio musicians, Academy of Country Music Award-winner Gordon Mote is an acclaimed producer and songwriter, sharing his keen ear and musical insight with artists of many genres. Gordon’s latest solo project on New Haven Records, LOVE LOVE LOVE, features the chart-rising single with the legendary Oak Ridge Boys entitled, “Set Your House in Order.” For more information, go to www.gordonmote.com.

Ken Harding concludes, "Danny, Gold City, and Gordon have a high standard for production and they record only the best songs. I'm so glad that others notice their level of quality."