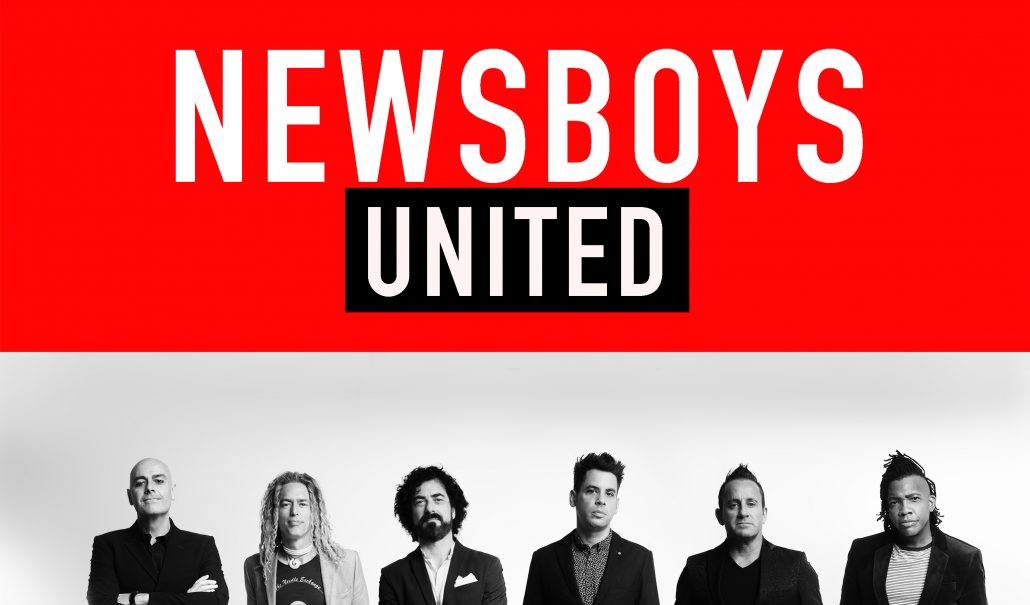 Celebrating a groundbreaking new era following the return of former members Peter Furler and Phil Joel last year, Newsboys has made history once again as United debuts at #1 on the Billboard Top Christian Albums chart following its May 10 release. The FairTrade Services project also debuts at #20 on The Billboard 200 as the top-selling Christian recording of the week, according to the publication's May 25 chart, making it the only CCM album release in the Top 20 Billboard Album chart this week.

United, a 10-song collection of compelling praise & worship moments and powerful pop tracks, was produced by Furler and Geoff Duncan and showcases four songs co-penned by Furler. The digital deluxe edition of United is also now available, featuring Newsboys' 2017 anthem "The Cross Has The Final Word" and "Rejoice," a new track written by Furler and Steve Taylor, among other selections.

"Putting Michael, Duncan, Jody and Jeff back together with Peter and Phil is among the highlights of my career managing the Newsboys, since first discovering them in Australia in 1986," says Wes Campbell, First Company Management founder and Newsboys manager. "Seeing them come back together and perform again-and now creating music together for this special album-brings me joy."