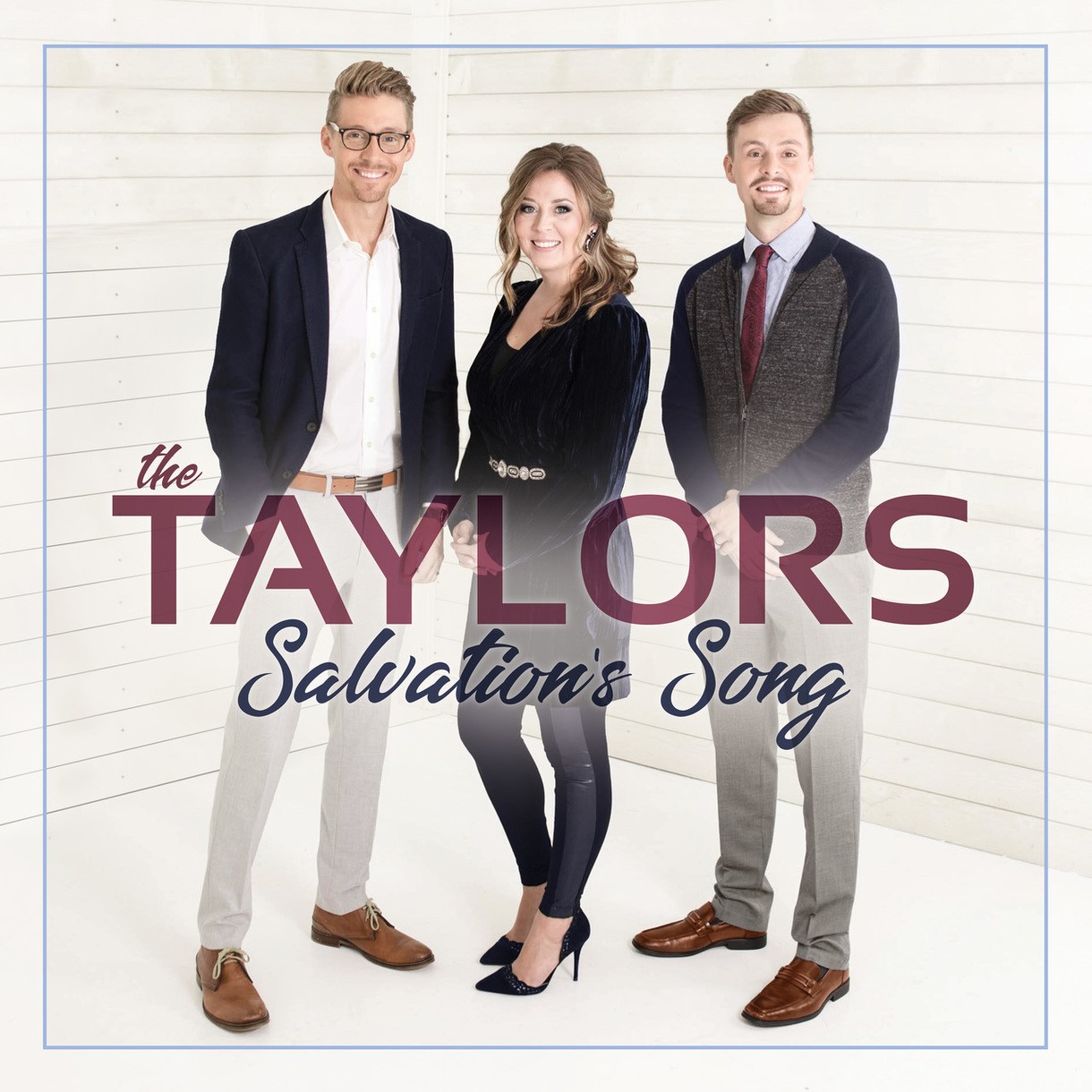 Nashville, TN (February 28, 2020) – StowTown Records has announced the release of a brand new recording from one of Christian music’s most popular and talented musical families, The Taylors. The long-awaited release marks the trio’s first recording in two years. Salvation’s Song takes the brothers/sister team of Jonathan, Chris and Suzanne to new musical heights, as it combines powerful lyrics with unmatched musicianship and exceptional vocal abilities from the North Carolina-based family. “This project has been months in the making,” states group member Chris Taylor, “and we believe that listeners will not only hear audibly the incredible talent of the musicians and engineers who recorded it, but we also believe they will truly feel it in their soul.”

Salvation’s Song features selections from some of Christian music’s most gifted writers, including Joel Lindsey, Carolyn Cross, Marcia Henry, Joseph Habedank and Wayne Haun, the recording’s producer, just to name a few. In speaking about this recording, Haun reflects, “One of my highlights this year was walking down the halls of Capitol Studios in Hollywood, CA, hearing the music of these incredible new songs fill the air. So many American icons and musical heroes have recorded there, and the Taylors are a welcome addition to that list.”

“Each and every song on this project has such a real and personally significant meaning to each of us,” Jonathan Taylor shares. “We wanted to share the message that there’s nothing as important as having a relationship with Christ. This entire recording reveals the heart of God’s plan as He reaches out to all of us. Each song reminds the listener that God has a GOOD plan and our desire is that these songs will bring encouragement and peace to all who listen.”

“One of our goals in creating music has always been to encourage the believer who may be hurting, discouraged or depressed,” Suzanne Taylor Hise explains. “We trust that this recording will allow each listener to experience the anointing of God and His love and encouragement.”

For years, The Taylors have been sharing the message of the Gospel, encouraging the hurting and sharing the song of salvation worldwide. They continue that tradition with Salvation’s Song.

Salvation’s Song is distributed by Provident/Sony and is available worldwide wherever fine Christian music is sold.

ABOUT THE TAYLORS:
Brothers Jonathan and Chris Taylor, along with their sister, Suzanne Taylor Hise, grew up in a small North Carolina country church where their father has served as pastor for over 32 years. With their mother’s guidance as their music director, it was around the church piano that The Taylors created and honed their beautiful family harmony. Initially a quartet (including sister Leslie), The Taylors spent several years touring nationally. Their sound and heart have recently propelled them to an international stage as their travels now include all of North America and Europe. The Taylors aim to keep God at the very center of their ministry and also at the center of their hearts. They consider themselves extremely blessed to be able to sing for the Lord.