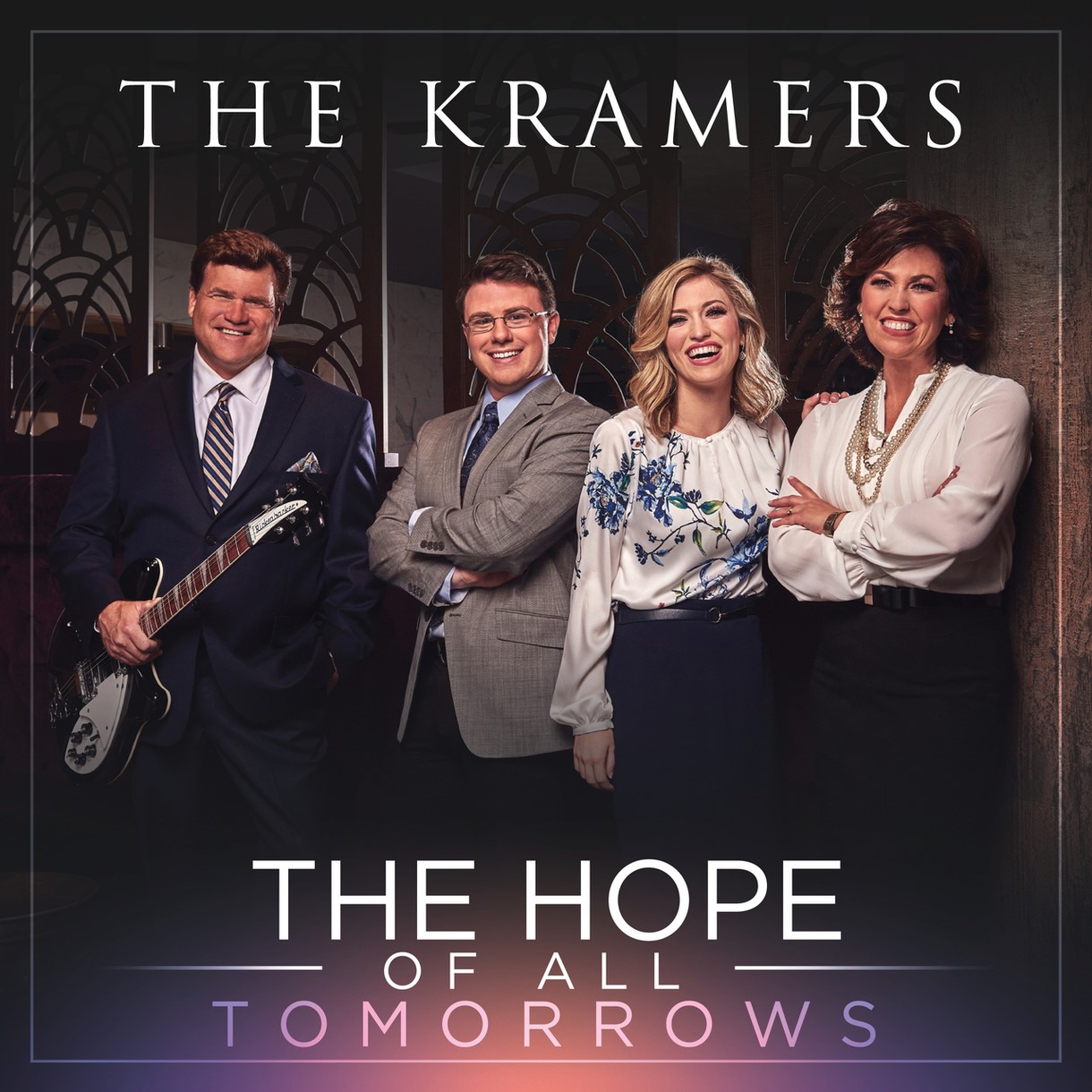 Nashville, TN (May 8, 2020) – StowTown Records has announced the release of a brand new recording from one of gospel music’s most gifted musical families, The Kramers. The Hope of All Tomorrows marks the group’s debut recording under the StowTown umbrella. The recording features live orchestrations and was produced by multi-award winning producer/arranger, Wayne Haun.

Since 1995, Scott and Rachel Kramer have enjoyed a full-time ministry that has allowed them the opportunity to share the Gospel throughout North America and internationally. In 2014, they were joined by their daughter Maria. Three years later, son-in-law, Ben Wolfe, became a member of the musical family. Like the Kramers, Ben comes from a rich musical heritage as his father is Gerald Wolfe of Greater Vision.

The Hope of All Tomorrows offers listeners a rich variety and effectively exhibits the group’s ability to present a diverse range of musical stylings that are certain to be embraced by music lovers of all ages. The recording includes moving ballads, as well as upbeat melodies and powerful songs of worship, each complemented by creative and inspiring orchestrations masterfully created by talented producer Wayne Haun. “For many years now, we’ve admired the music production work of Wayne Haun,” states Scott Kramer, “and it’s been a tremendous blessing to have him produce our latest project. Wayne brings a wealth of creative talent to the table, including great musicianship, songwriting, orchestral arranging, vocal production and the incredible ability to write studio charts for many of the world’s greatest musicians. From the beginning, Wayne encouraged our family through every step of the production process. The Hope of All Tomorrows is by far our best family project to date, and it’s largely due to God working in a mighty way through our dear friend, Wayne Haun!”

“When you are in the studio with great songs and talented singers, the creative juices easily flow,” Haun shares, “and it’s all evident from the downbeat of the first song to the final note. I love the musical versatility we created for this project. All four singers are unique musicians individually, but somehow the collaboration just clicks. I think that comes from the years of good training and honing their craft and God-given talent…family harmony in its best form.”

The Hope of All Tomorrows features nine selections, including the debut single “Water Walker,” which is currently climbing up radio airplay charts nationwide. “From the moment we first heard the demo for the song, we knew we wanted to sing it,” Maria Kramer Wolfe shares. “It features an upbeat and catchy melody with a greatly encouraging message! We always look forward to sharing the song live, and we’re excited to say it’s our latest release to radio. Written by Wendy Ferguson and Rachel McCutcheon, ‘Water Walker’ reminds us God is always at work in our lives and, with every test we face, He is strengthening our faith. Our God is always faithful to lead and guide in our journey to become more like Him!”

The Kramers have been presenting the Gospel in song for 25 years. With The Hope of All Tomorrows, the musical team of Scott, Rachel, Maria and Ben soars to new heights.

The Hope Of All Tomorrows is distributed exclusively by Provident/Sony and is available at retail outlets worldwide.