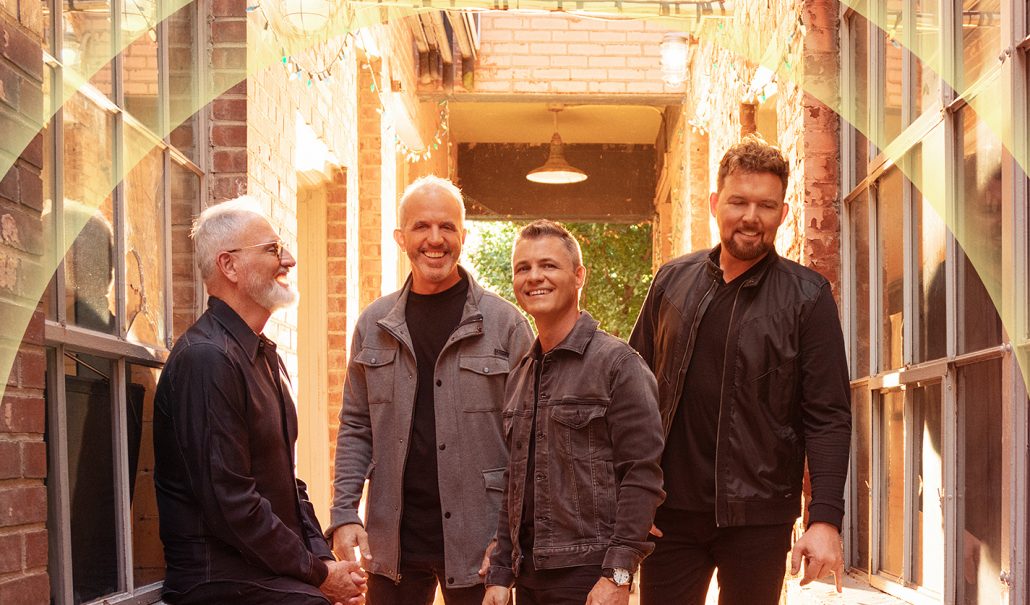 Nashville, TN (February 5, 2021) – StowTown Records has announced the release of a brand new recording from Singing News fan favorite and GMA Dove Award-winning artist Triumphant Quartet. Bigger Than Sunday features the popular group at its very best, delivering the rich harmonies that have made them a mainstay in the gospel music genre.

Listeners will be delighted by the variety of styles on Bigger Than Sunday. Producers Wayne Haun and Scotty Inman (in his debut as producer) chose to feature several co-producers on this album, and the end result is a cornucopia of fresh sounds. Having worked with many different artists on previous projects, these four co-producers each brought their individual strengths and talents to several different songs on the project. Jason Webb (Amy Grant, TaRanda Greene, Danny Gokey), Joshua Frerichs (TaRanda Greene, Charles Billingsley), Kris Crunk (Ernie Haase & Signature Sound, Joseph Habedank) and Chipper Hammond (Bethel), working closely with Haun and Inman, made this an unparalleled recording experience for Triumphant Quartet.

After nearly two decades of singing and traveling together, Triumphant Quartet members David Sutton, Eric Bennett, Clayton Inman and Scotty Inman are music veterans who have achieved great success. They’ve garnered dozens of radio hits and numerous honors and accolades, including the 2019 Dove Award for Southern Gospel Album of the Year for their recording, Yes. “It has been so exciting to see how God has blessed David, Eric, Clayton and Scotty over the years,” states StowTown Records President Landon Beene. “God has honored their faithfulness and their desire to always present the message in song with excellence. It has truly been our privilege at StowTown to have these guys on our roster, and we we are looking forward to even greater things with this latest release.”

Seven of the ten songs recorded were co-written by group member and prolific songwriter, Scotty Inman. Inman’s fingerprint is on the title cut, as well as “Don’t Miss Jesus,” and “He Walked Out,” among others. “Scotty just continues to excel as a writer,” states group co-owner David Sutton. “We are so excited to see God using him in such a great way, and we are blessed to be able to record such inspiring songs that we believe will bless our listeners.”

Bigger Than Sunday also includes remakes of the popular worship songs “Goodness of God” and “Waymaker,” as well as a medley of their fan-favorites: “When The Trumpet Sounds,” “Somebody Died For Me,” “Chain Breaker,” “Amazing God” and “Saved By Grace.”

With Bigger Than Sunday, Triumphant Quartet delivers a powerful message in times of uncertainty. This recording reaffirms that God is our hope, our provider and our Savior. He’s more than a character in a book, more than someone we acknowledge or pray to one day a week. He is the King of kings, worthy of all praise and definitely Bigger Than Sunday!

Bigger Than Sunday is distributed by Provident/Sony and is available at digital and retail outlets worldwide.

Bigger Than Sunday Track List:
Best Thing
Bigger Than Sunday
Don’t Miss Jesus
Goodness of God
He Walked Out
Hope Is Holding Me
How Saved I Am
Sing Hallelujah
Way Maker
Triumphant Medley: When the Trumpet Sounds/Somebody Died for Me/Chain Breaker/Amazing God/Saved by Grace

ABOUT TRIUMPHANT QUARTET:
From their beginnings at the Louise Mandrell Theater in Pigeon Forge, TN, in 2003, Triumphant Quartet has shown what consistency and quality look like in Gospel Music. Their smooth harmonies and rich quartet sound quickly gained national attention, creating a demand for concert appearances outside of their home theater. In 2008, they left the theater to take their music on the road nationally. As the recipients of multiple fan and industry awards, Triumphant has also achieved great success on radio. They excel in diversity and expand their musical borders to a wide variety of styles that are enjoyed by church audiences and music lovers of all ages. Audience goers find themselves smiling, laughing, crying, encouraged and uplifted, but most of all, they walk away having had the gospel message presented to them in a powerful way. Jesus Christ is Triumphant Quartet’s focus, and it is their hope that many will receive Christ as their Lord and Savior, because He is the reason they sing.