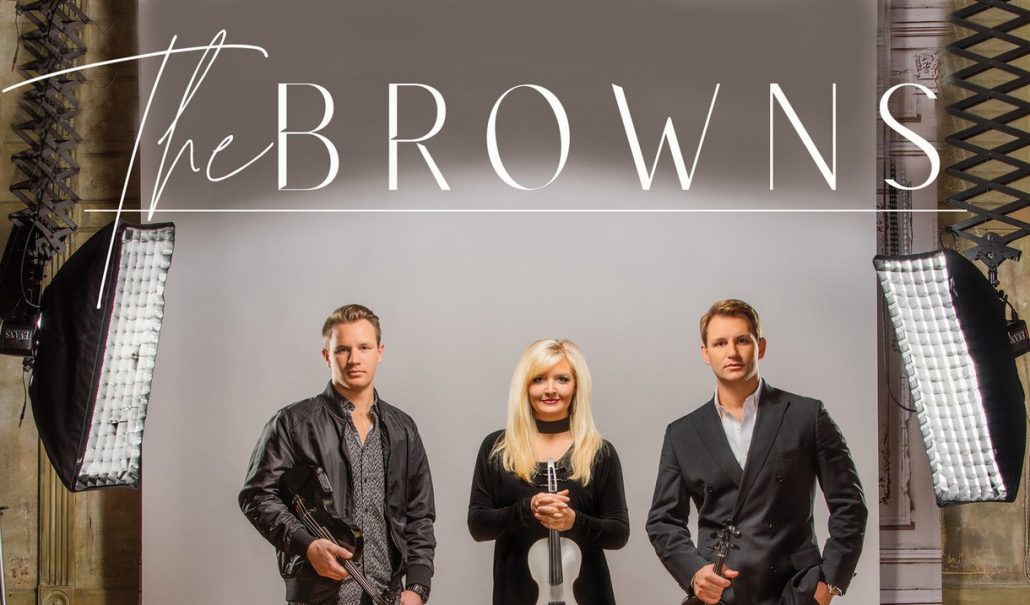 Nashville, TN (June 19, 2020) – StowTown Records announces the release of the highly-anticipated EP, Brave, from Christian music’s multi-talented family group, The Browns. The group, comprised of siblings Adam, Michaela and Andrew and mom Shelly, is from Le Mars, IA, the Ice Cream Capital of the World. The family owns and operates Browns Century Theater in downtown Le Mars, where they perform regularly throughout the year when not touring the U.S.

The first single and title cut from this newest recording has already seen tremendous success at Southern Gospel radio, and the follow-up single, “Better Off There,” penned by Sonya Isaacs Yeary, Jimmy Yeary and Wayne Haun, is ministering to the hearts of listeners across the country. With themes of hope, eternity, and assurance, the strength of the songs they chose and co-wrote is remarkable. Other songs chosen for this recording include the gospel song “Take Me Back”  by legendary artist Andraé Crouch, the soul-stirring “Not Even For A Moment” (Jeff Bumgardner, Joel Lindsey, Wayne Haun) and country hit “Brave” (Scotty Inman, Lee Black).

StowTown label co-founder, Ernie Haase, shares, “The Browns have been a mainstay with StowTown Records. We believe in them and all that they do. It’s not just about recording music, it’s about what they have done with the music; opening a theater, writing and presenting musicals, and their BRAVE approach to sharing Jesus in the digital age keeps them fresh and relevant. I admire them greatly!”

Their family blend is unbeatable, their energy is undeniable and their musicianship is unmatched. When combined with the production and arrangements of award-winning producer Wayne Haun, the result is a pinnacle project from a passionate group ready to take the world by storm with their message. “Our family is always excited to share new music,” states Michaela, “but we believe that this album, at this time, is going to be such an encouragement to all who hear it. We are praying it will bless many.”

Brave is distributed exclusively by Provident/Sony and is available at retail outlets worldwide.

ABOUT THE BROWNS:
It’s truly a family affair when The Browns hit the stage with their unmistakable style of gospel music. Shelly, Michaela, Adam and Andrew exude excitement on the stage and offer a life-changing experience to all who hear them. The Browns deliver the powerful message of the gospel through word and song and captivate audiences of all ages. Known for their fiddle playing antics and vocals, The Browns have wowed audiences around the world. The call to perform has not pushed this Iowa family to move to a big city. In fact, when not performing, they stay busy on their family farm or at their own Browns Century Theater, where they host various artists and shows year-round.