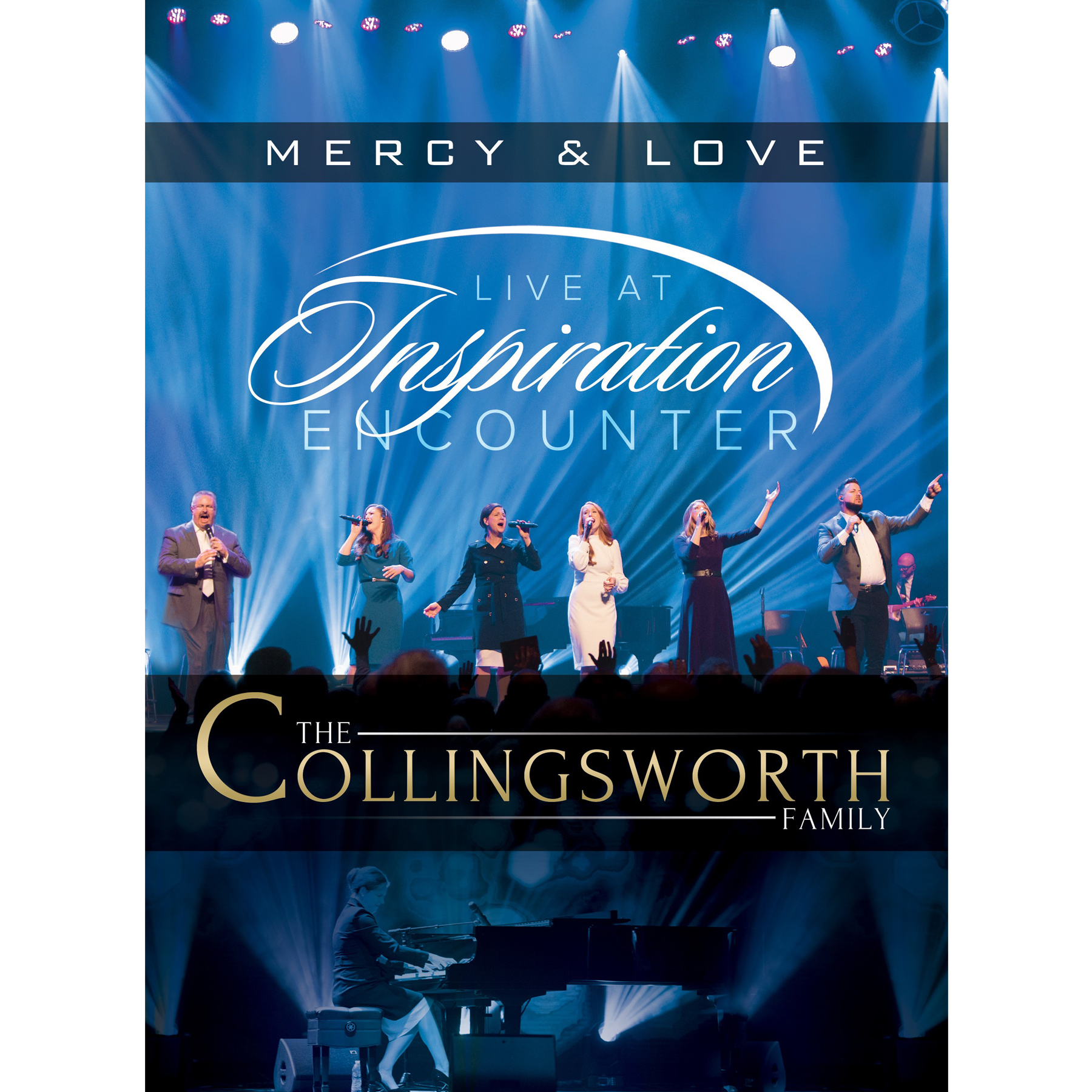 Nashville, TN (May 29, 2020) – Before a capacity crowd at the Ark Encounter’s Answers Center in Williamstown, KY, one of Christian music’s most popular and versatile musical families, The Collingsworth Family, created a true night of worship that is now available for fans to enjoy over and over. The release, Mercy & Love: Live at Inspiration Encounter, is available from StowTown Records and was recorded during the sold-out three-day/five-concert Inspiration Encounter musical extravaganza.

The recording features songs from the family’s Mercy & Love project, released in September of 2018. Additionally, the video includes six songs never before released by the talented family. Those standards include the patriotic “America, The Beautiful,” the Andraé Crouch-penned “My Tribute,” Johann Sebastian Bach’s “Jesu, Joy of Man’s Desiring,” Bill and Gloria Gaither’s classic, “Something Beautiful,” as well as the timeless hymn “My Savior’s Love.” A special highlight of the video occurs when three generations of The Collingsworth Family gather on stage and granddaughter Emma Blair sings “I’ll Make Him a Home in My Heart.”

Mercy & Love: Live at Inspiration Encounter has been a labor of love and one that took many months to come to fruition; however, as Phil Collingsworth explains, the end result was well worth the work and wait. “After months and months of very hard, detailed work, it was exhilarating to see the finished product. Countless hours were invested in making this night happen by so many people who played major roles in the process. The atmosphere that evening was absolutely incredible. God’s blessings fell greatly, and we are so pleased the Spirit felt in that room was captured and is now available for those who were in attendance to re-experience. Also, for our many friends who were not able to be with us that night, we are delighted they now have the opportunity to encounter this for the first time.”

As world-renowned singer/songwriter/worship leader Darlene Zschech has stated, “True worship is not about the songs, the vocals, the band or the choir. All of those things contribute towards a great expression of worship but the essence of worship is when your heart and soul, the core of your being, connects with and adores the Spirit of God.” With Mercy & Love: Live at Inspiration Encounter, as with each time The Collingsworth Family steps onto any platform, the essence of worship is most evident.

Mercy & Love: Live at Inspiration Encounter is available at retail outlets worldwide and is distributed by Provident/Sony Distribution.