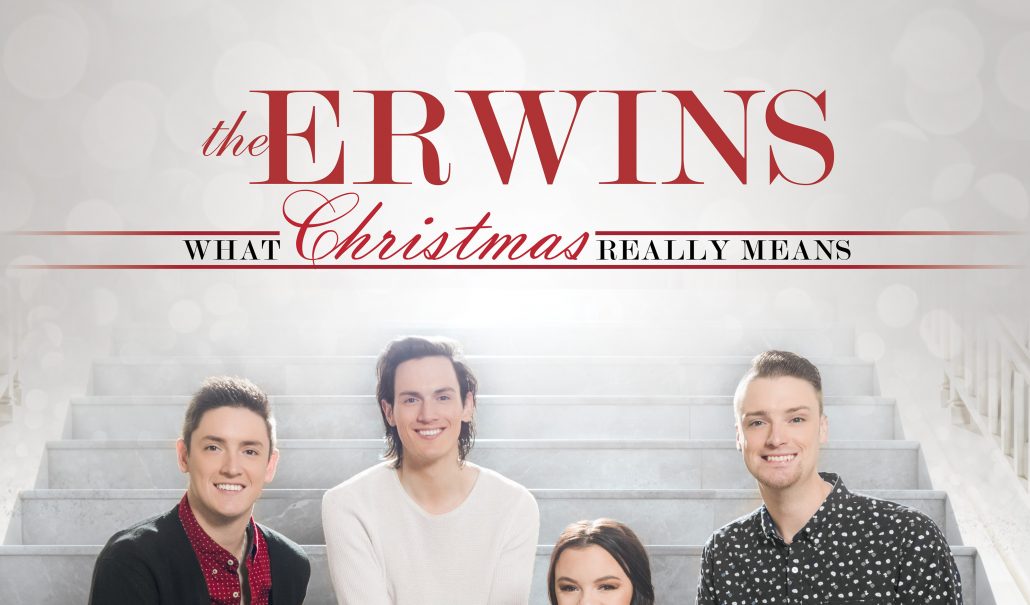 Nashville, TN (November 24, 2020) – StowTown Records is thrilled to share that What Christmas Really Means by The Erwins has been nominated for a 2021 GRAMMY® award for Best Roots Gospel Album. Nominations were announced earlier this morning. The 63rd Annual GRAMMY® Awards show will be broadcast live on CBS on January 31, 2021, at 8:00 PM EST.

The Erwins are ecstatic about this nomination. Katie Erwin, the youngest member of the talented sibling group shares, “The only words coming to mind right now are THANK YOU, JESUS! A GRAMMY® nomination is something we’ve always dreamed about, but never expected. All of the praise goes only to Jesus! We love and admire all of the nominees in this category, and it’s an honor to be listed with them! We are about to start our “What Christmas Really Means” tour, where we will be singing every song from this album nightly, and now it’s going to be even more exciting and special. Thank you to the Recording Academy, our StowTown Records family and, once again, thank you, Jesus!”

StowTown President and CEO Landon Beene adds, “It’s exciting to see young artists like The Erwins nominated for such a prestigious award. This young family loves gospel music, and they present it in a youthful, refreshing style of their own. Our team is thrilled about this nomination and excited about the future!”

What Christmas Really Means, produced by Wayne Haun, Trey Ivey and Chris Chavez, is The Erwins’ first seasonal project and features an array of music that highlights moments from the prophet’s foretelling of the Messiah to the birth of the Christ child. It is a true celebration of what Christmas is all about.

What Christmas Really Means is exclusively distributed by Sony/Provident and is available at retail and digital outlets worldwide.

ABOUT THE ERWINS:
There is something captivating about the blending and swelling of sibling harmony. When combined with pure talent and a heart for people, you have the incomparable ministry of The Erwins. The Dove Award winning group, Keith, Kody, Kris & Katie, started singing as soon as they were each able to talk and have essentially spent their entire lives singing in concerts, revivals and conferences. They were signed to StowTown Records in 2015 and have released five projects on the label. Collectively, The Erwins recognize that the Lord doesn’t need them, but chooses to use them and their talents to reach others. With their focus on Christ, this talented group of young people is blazing new trails and proving to their industry peers and fans alike that the future of gospel music is secure.