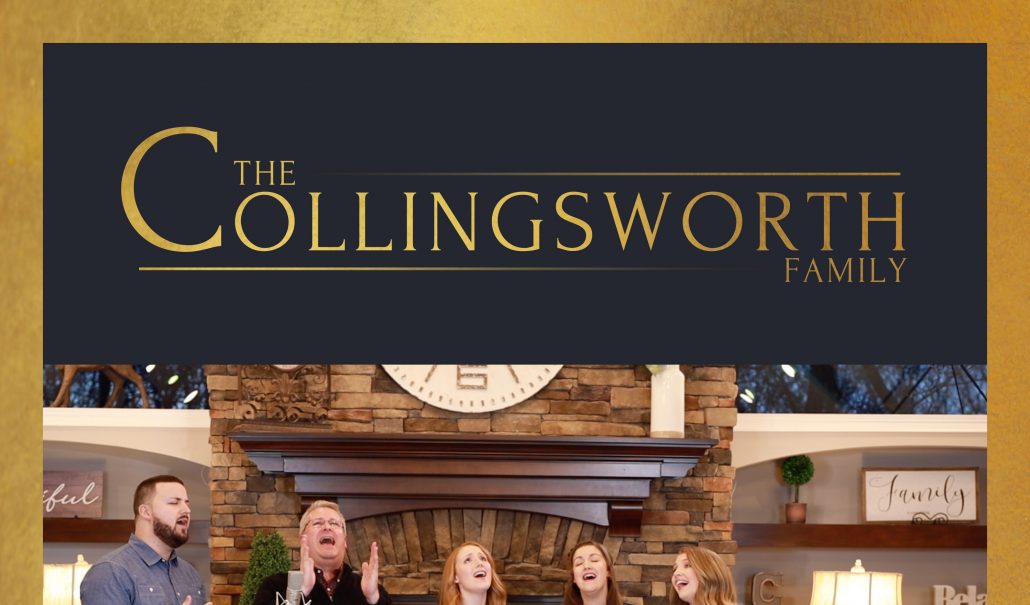 Worship From Home with The Collingsworth Family

Nashville, TN (August 28, 2020) – When The Collingsworth Family gathered in their living room for a Facebook Live concert event, nobody knew just how special that time would be. What started from a heart to raise money for a worthy organization exceeded expectations and culminated in a powerful worship service. Today, they get to share that worship experience with you again. Worship from Home is an intimate, around-the-piano experience with one of America’s favorite vocal groups.

On March 29, 2020, The Collingsworth Family decided to livestream a concert from their home to benefit Samaritan’s Purse. Just a few days prior, they felt the Lord compelling them to do an online fundraiser and had no idea how far reaching their efforts would be. The day of the event, they made a last-minute decision to record it for archival purposes. The songs they shared were encouraging and calming, something fans so desperately needed, as many states were going into government-imposed lockdowns that very week. Over 600,000 people viewed the online event, and more than $230,000.00 was raised for Samaritan’s Purse, which had just sent a relief team into New York City, the epicenter of the COVID-19 pandemic at that time.

The Collingsworth Family was thrilled to see what God had done with their act of obedience. Phil Collingsworth, Sr. shares, “When the cameras began to roll and we watched as our crew started the countdown clock to the moment we went live, we had no way of knowing what God had in store for us that evening. We watched as the number of views topped 200,000 and God's people so generously gave to Samaritan's Purse, but we didn't have a clue what that would set in motion!”

Fans flooded their office with requests for CDs and DVDs of the event. Phil continues, “God knew the event would turn into a recording and now be released nationally. That is the God we serve; One who sees beyond what we can see.”

In addition to a newly penned song by Kim Collingsworth, “Joy Is Not Cancelled,” their song selections include hymns and classic songs of the faith they had never previously recorded. Distributed exclusively by Sony/Provident, Worship From Home is available at digital and retail outlets worldwide and is sure to be an uplifting addition to your CD & DVD collections.