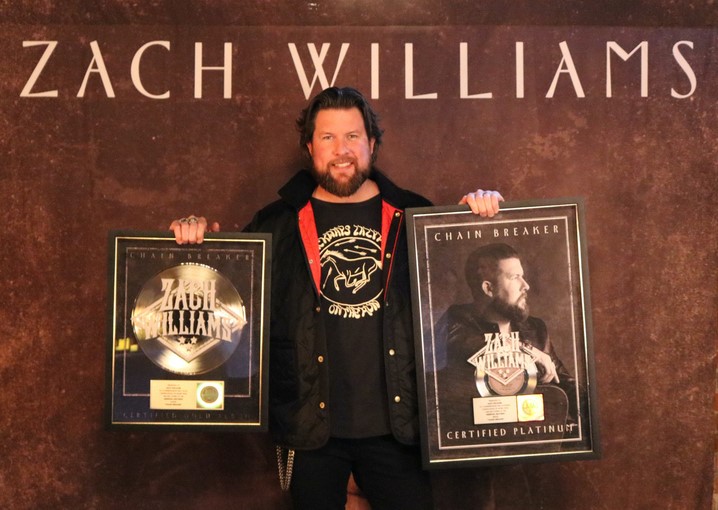 Williams recently celebrated this achievement with family and industry friends at an exclusive event held in Franklin, Tennessee.

It was also announced last week that Williams dropped a new song, "Empty Grave," in celebration of the Easter season. He will be sharing "Empty Grave" live when he embarks on his upcoming run of "The Rescue Story Tour." Be sure to visit his website for the latest information.

Williams, who performed with Dolly Parton ("There Was Jesus") at the 2019 Country Music Awards, has won four GMA Dove Awards (Artist of the Year, New Artist of the Year; Pop/Contemporary Recorded Song of the Year, "Chain Breaker" and Pop/Contemporary Song “Old Church Choir”) and a K-LOVE Fan Award (“Chain Breaker,” Breakout Single). Williams was also named Billboard's 2017 Top Christian Male Vocalist and New Artist of the Year, as well as CCM Fan Awards' Favorite New Artist Of The Year. Apple Music chose him as Artist of the Week (2016), while "Chain Breaker" was the top track of 2016 on iTunes' Christian Songs chart and also reached No. 12 on Billboard's Hot Rock Songs chart. Williams has also been awarded by BMI with four Citation of Achievement awards for his singles "Chain Breaker," "Old Church Choir," and "Fear Is a Liar," recognizing the songs for their national popularity and reach.   For more information, visit ZachWilliamsMusic.com.