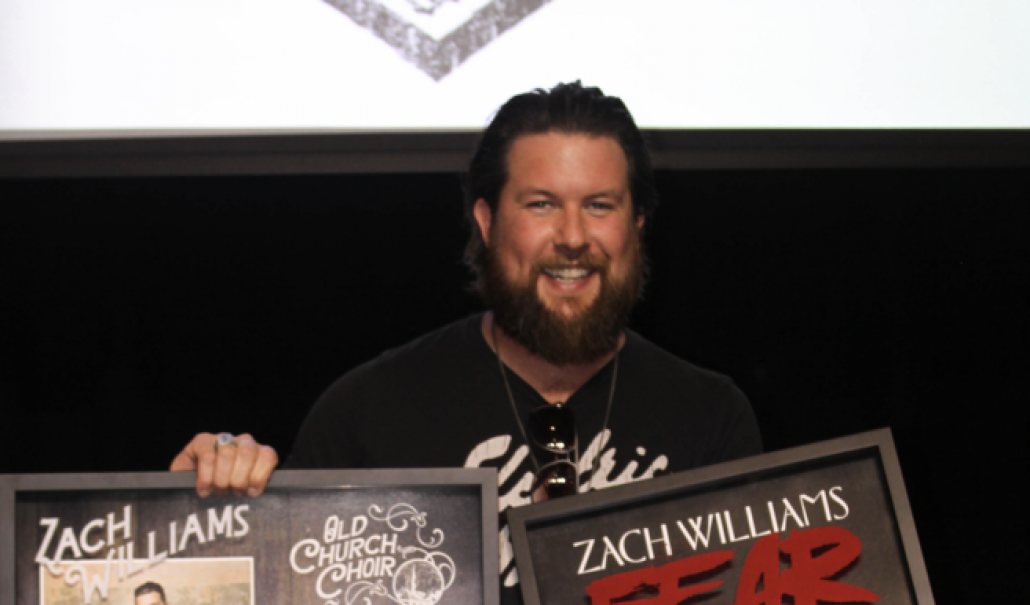 Multi-award-winning artist and songwriter Zach Williams can now add two more RIAA Gold® Certified Singles to his credit. He was awarded the official plaques during an album presentation yesterday by his label for his chart-topping single "Old Church Choir," which was No. 1 for an astounding 20 weeks (the second longest in Christian radio history), and fan favorite "Fear Is a Liar," his fastest consumed song to date. Williams' first certification was for "Chain Breaker," the 15-week top-charting song that became Gold Certified in January of 2018. All three songs are featured on his GRAMMY Award®-winning album, Chain Breaker. Williams is releasing new music later this year. He continues to tour throughout this summer as he prepares for a headlining tour this fall. For more information, please visit ZachWilliamsMusic.com.